If you want a really good source of random numbers, you should get a hardware generator. But there’s not a lot of great options out there, and most people looking into this get (understandably) paranoid about backdoors. But, there’s a nice trick: if you combine multiple random sources together with xor, it doesn’t matter if one is backdoored, as long as they aren’t all backdoored. There are some exceptions–if the backdoor is actively looking at the output, it can still break your system. But as long as you’re just generating some random pads, instead of making a kernel entropy pool, you’re fine with this trick.

So! We just need a bunch of sources of randomness. Here’s the options I’ve tried:

At the end, you can use my xor program to combine the streams/files. Make sure to use limit the output size if using files–by default it does not stop outputting data until EVERY file ends. The speed of the combined stream is at most going to be the slowest component (plus a little slowdown to xor everything). Here’s my final command line:

Great, now you have a good one-time-pad and can join ok-mixnet 🙂

P.S. If you really know what you’re doing and like shooting yourself in the foot, you could try combining and whitening entropy sources with a randomness sponge like keccak instead.

Today’s project was a hard drive carrying case. I wanted something to securely store hard drives. When I looked around on ebay and amazon, I saw some nice cases and some crappy plastic molded ones. Even the terrible ones were at least $50, so I made my own.

I bought a used ammo case at the rather excellent local army surplus store. Then I padded all sides. I had spare EVA foam “puzzle piece” style mats from a gym setup lying around. I cut out the pieces with scissors. That’s it.  I was expecting more steps, but nothing needed glued in place. I was planning on adding inserts for the empty slots, but it seems secure enough. If you’re making one, you could also glue the top onto the lid, so you don’t have to take it out manually. 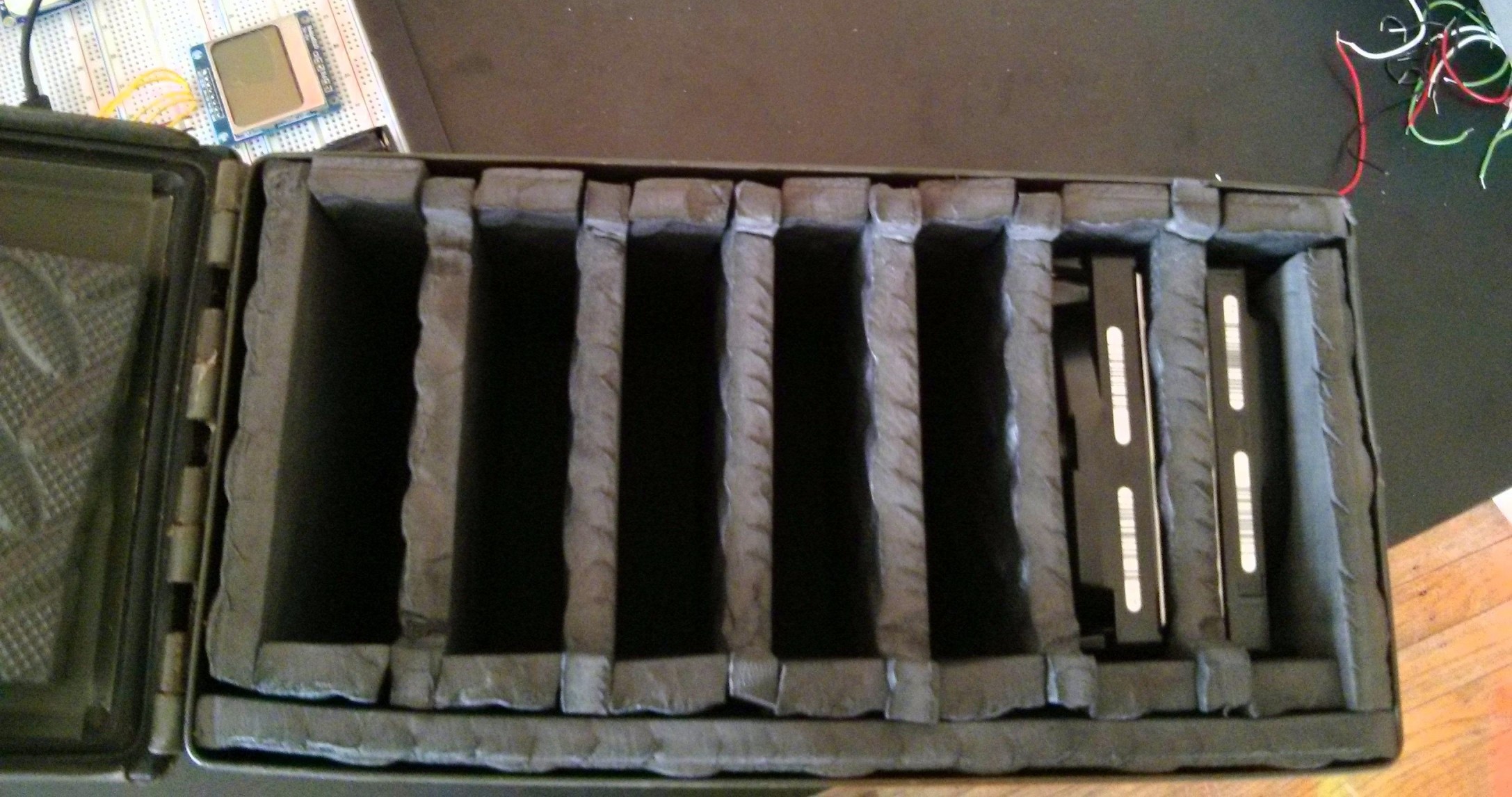 I’m on Linux, and here’s what I did to get the Adafruit Pro Trinket (3.3V version) to work. I think most of this should work for other Adafruit boards as well. I’m on Arch Linux, but other distros will be similar, just find the right paths for everything. Your version of udev may vary on older distros especially.